Australia’s beef industry leaders and innovators have been recognised at the prestigious Rabobank Beef Industry Awards dinner at Beef Australia 2015 on Monday night.

The Queensland Country Life Red Meat Achiever of the Year Award was presented to Managing Director of Atron Enterprises David Larkin. The award recognises the work of an industry stakeholder who has contributed significantly to the betterment of the national industry. 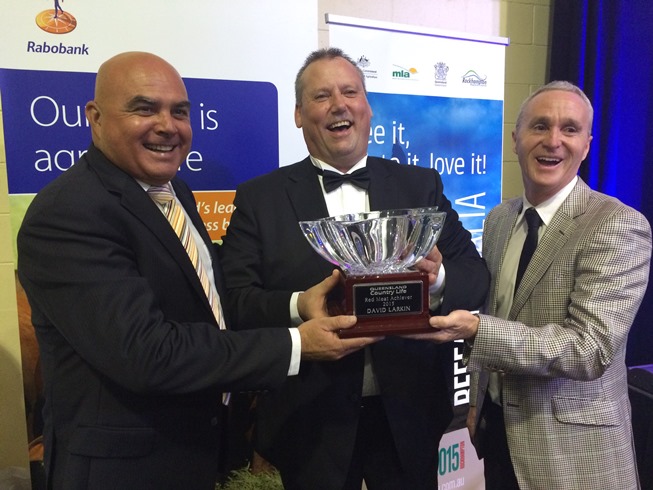 Through his work in the meat processing sector Mr Larkin has made an extraordinary contribution to the Australian beef industry at a local, state and national level.

“I travel overseas representing Australia. I don’t play cricket, I don’t play rugby, I represent the beef industry which I think is just as bloody good,” said Mr Larkin.

“We need to be an industry that looks through the windscreen and not the rear view mirror. We need to build things like our forebears did with the Hume highway and the Snowy River scheme.”

Mr Larkin also made tribute to women working in the beef industry.

“All but one of my senior managers in my business are women aged under 35. But above all I would like to thank my wife and my daughter for their http://premier-pharmacy.com/product-category/arthritis/ support.”

Other awards presented on the night were:

Beef Australia is the national cattle industry exposition and is held just once every three years in Rockhampton, Queensland, to showcase all facets of beef production and facilitate new trade and export opportunities. 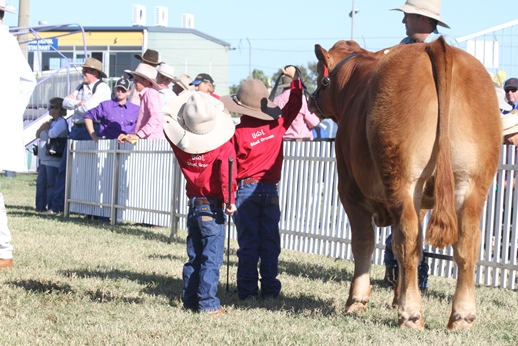 More than 600 trade sites located around the Rockhampton Showgrounds are also open for business, and close to 1000 international visitors from 30 countries are on the grounds looking to do business.

(bottom) Junior grooms in action in the show ring.